Previous
Next
Print
Go to algorithm 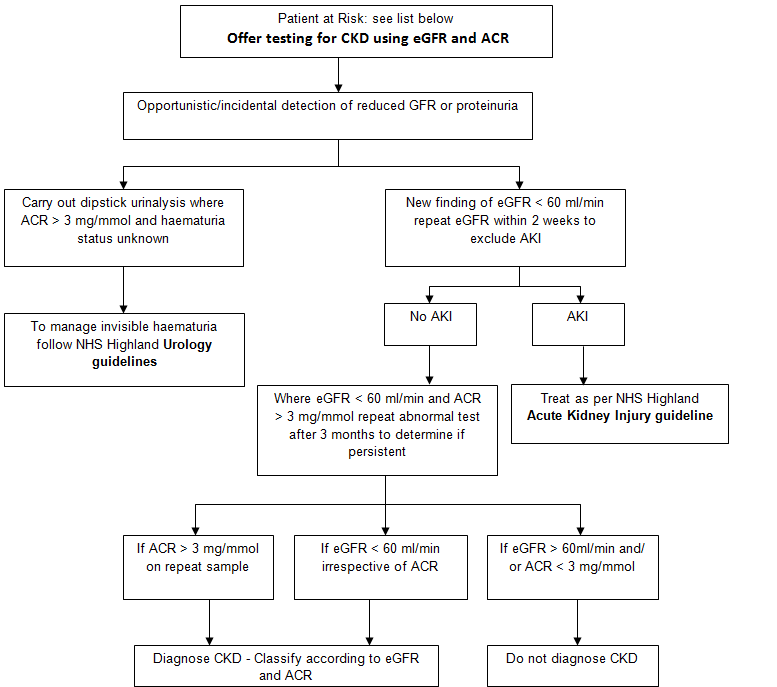 Do not use reagent sticks to diagnose proteinuria

ACR will be used for screening. A normal result is ACR < 3 mg/mmol

If urine ACR > 70 mg/mmol, a protein:creatinine ratio will be checked

When testing for haematuria use reagent strips rather than urine microscopy.

Persistent invisible haematuria with proteinuria should be followed up annually with repeat testing for haematuria, ACR, GFR and BP as long as haematuria persists.

Frequency for monitoring of GFR

Frequency for monitoring of GFR (number of times per year, by GFR and ACR category for people with or at risk of CKD

This should be tailored according to:

Approved By: TAM subgroup of ADTC